The first birthday of my baby was coming and I made this Owl Themed Party I called The Little Owls Party. I wanted to do something really special even though I knew she would not remember that moment but at least we would have photos to keep memories of her first birthday and show them to her when she’s bigger. 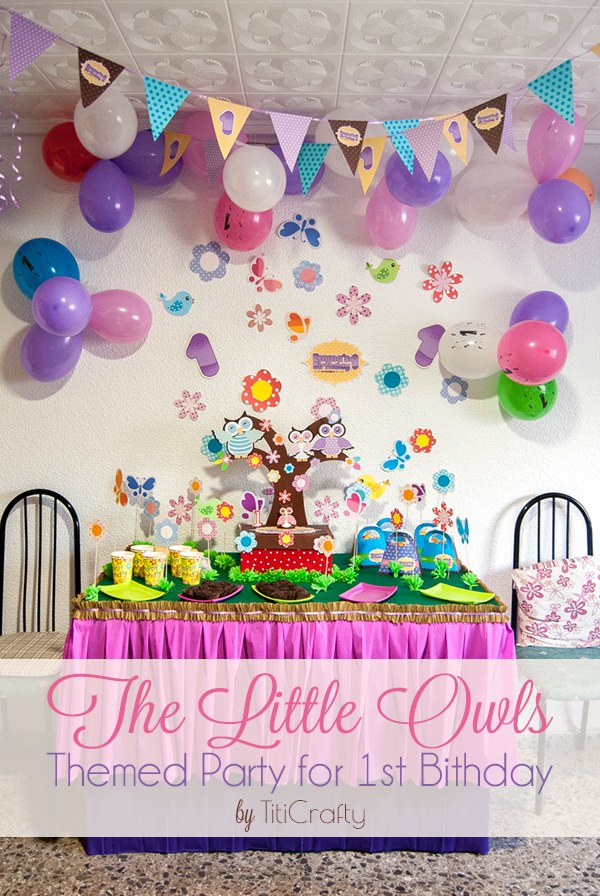 I considered  many of the cartoons that she usually sees in the channels for babies,  Doc McStuffins, Jelly Jamm , The Mickey Mouse clubhouse, and so on . The truth is that at that point it was what I liked more instead of her LOL. I remembered that I had already had made ​​a theme for decorating her room with flowers and some Owls so the decision came down to 3 reasons: Jelly Jamm, Doc McStuffins and Owls : D.

After thinking and thinking , search for images on the Internet and imagine how things would be once assembled, I decided it would be nice something purely done by me to celebrate her first year. I started three months previews the celebration, I knew that with the routine  of the house and Emma would not be easy nor smart to leave it to the last minute, I was also a few days of complete rest because of a illness which I took full advantage of it to make the designs.

I was working little by little and following the Brazilian style , invitations, decorations , organizations, placing the cake is usually chopped and protected in individual boxes within a larger box that simulates the large cake; of course I always came up new things to make and that made ​​it seem it wouldn’t end on time.

I thoroughly enjoyed every step despite the work involved to make everything by hand because at that time still did not have my Silhouette Cameo ( Cutting Plotter) and every little flower , little leaf , little owl and decoration element were cut with scissors and utility knife (X -acto) . At the end the effort was seen fully paid , everything was as I wanted and here I share those results. 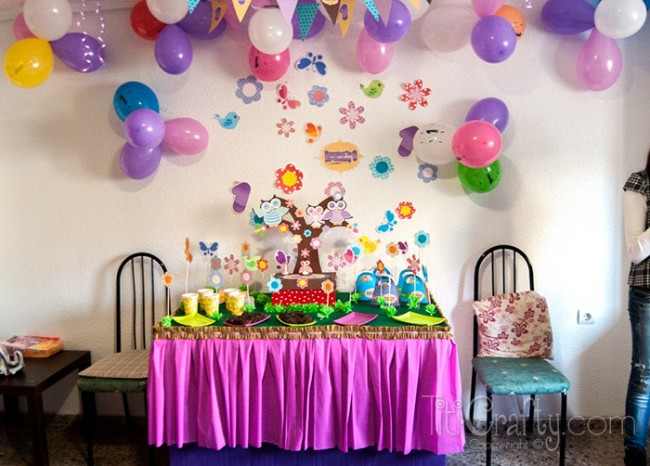